Emotional overeating disorders can be difficult and devastating for those who suffer from them. What makes this happen? Why is it that some people, knowingly or unknowingly, turn to food for comfort? Here are some thoughts and ideas on those questions.

Emotional overeating disorder is a general term that refers to any of various eating habits where genuine hunger is not the motivational factor. It is more common among women than men, but men are not immune – especially young men in their teens and twenties. Those who suffer from this disorder associate food with emotional comfort, and will turn to eating to escape negative feelings.

Past Trauma. For some with emotional overeating disorder, the problem stems from past traumatic events. Someone who suffered sexual abuse, for example, or some other kind of sexual trauma may overeat in response to feelings of anxiety and confusion. The result is a fatter body, which some sources suggest may cause the sufferer to feel ‘protected’ from being attractive to the opposite sex. Subconsciously or consciously, the sufferer wants to be unattractive. Other examples of past trauma or unmet needs may cause a person to turn to emotional overeating.

Poor Self-Image. People who suffer from low self-esteem and a negative self-image may seek escape by overeating. In a way, emotional overeating is a physical expression of what the sufferer feels inside, and the resulting weight projects the same image of self-disrespect.

Self-Medication. Like alcoholics, those who struggle with emotional overeating may be unconsciously using food as a drug. Eating numbs or dulls the emotions that might be too hard to deal with otherwise.

Depression. Studies indicate a strong correlation between depression and emotional overeating. Ironically, sometimes as depression grows worse a sufferer loses weight; weight loss means the sufferer is not eating as much, and therefore not engaging in his or her coping mechanism.

Stress. Prolonged, unrelieved stress can have a profound effect on the body. Stress stimulates the body to produce, among other chemicals, the hormone cortisol. Cortisol apparently has a hunger-stimulating effect, and as the stressful emotions increase along with the cortisol, a cycle of emotional eating can play out.

There are no reviews yet. 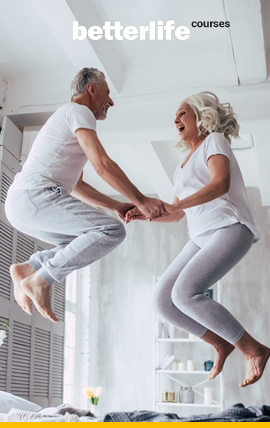